This week's Parasha reminds us of the fragility of life and our need to understand the human condition. “Poverty Line” of the known Israeli poet Ronny Someck became perhaps the most quoted social poem. Although Someck chooses to talk about poverty via his intimate personal biography, he also speaks about  its political aspect, which opposes the bureaucratic mechanisms of the state that define the "poverty line," as a cold concept, fusually far away from any living reality. The background of the Independence Day aerial demonstration, meeting the sky, is contrasted to the landing of rubber boots on the muddy ground. The State seems far away, “busy with its affairs,” closing its eyes to the plight of its citizens, who are moaning in the poor hut in the rain. 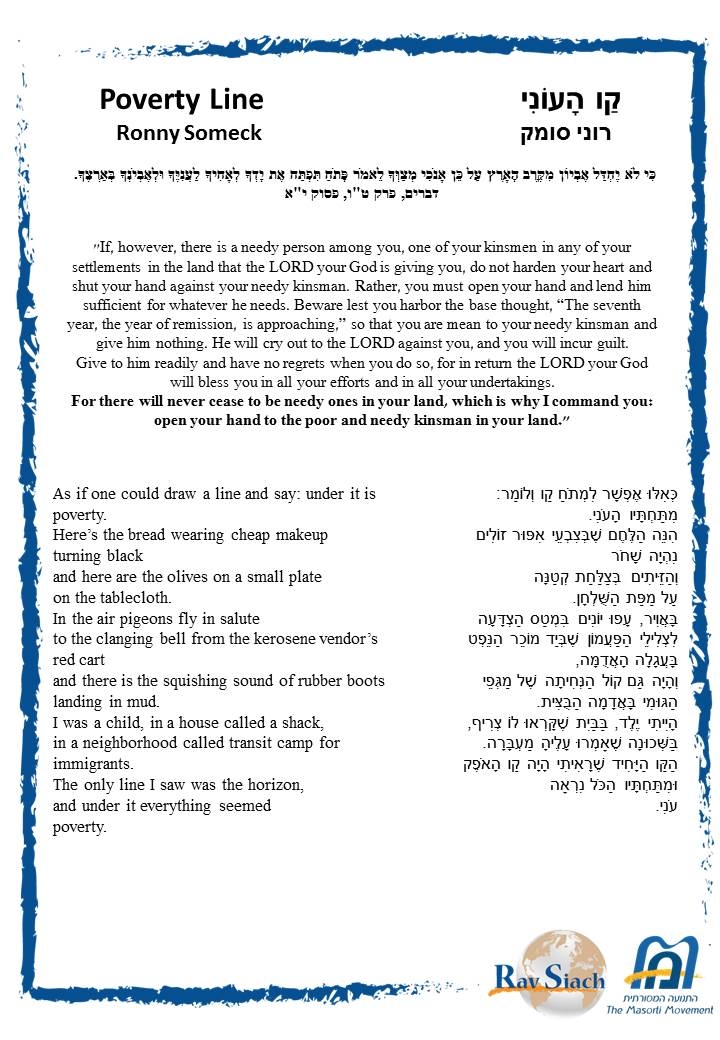